I do most of my development at the office under Linux. I wanted to recreate that evironment and have access to some of the same tools at home where my operating system in Windows 7.

To do this I used Anaconda for package and Python version management, cmder for a Unix like shell and git for windows for gitk access. Here are the steps I took:

Install Anaconda. I didn’t add it to my PATH variable or register Anaconda’s Python to keep things isolated: 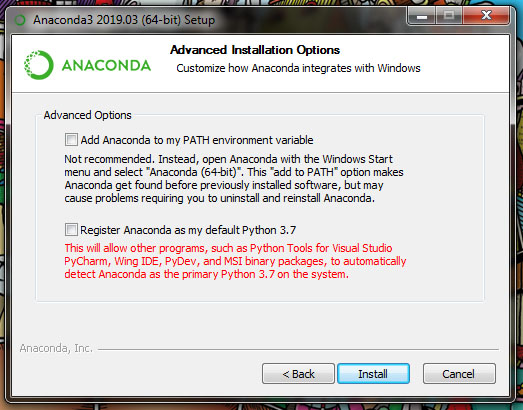 Miniconda is a lighter alternative (~70MB vs ~300MB) but you lose the convenient GUI.

For now I’m using Python 2 so I called mine py2. Creating a new environment made sure it was clean and would only include the things I needed. While testing I was having issues with Sphinx picking up the wrong Python version if I didn’t create a new environment. 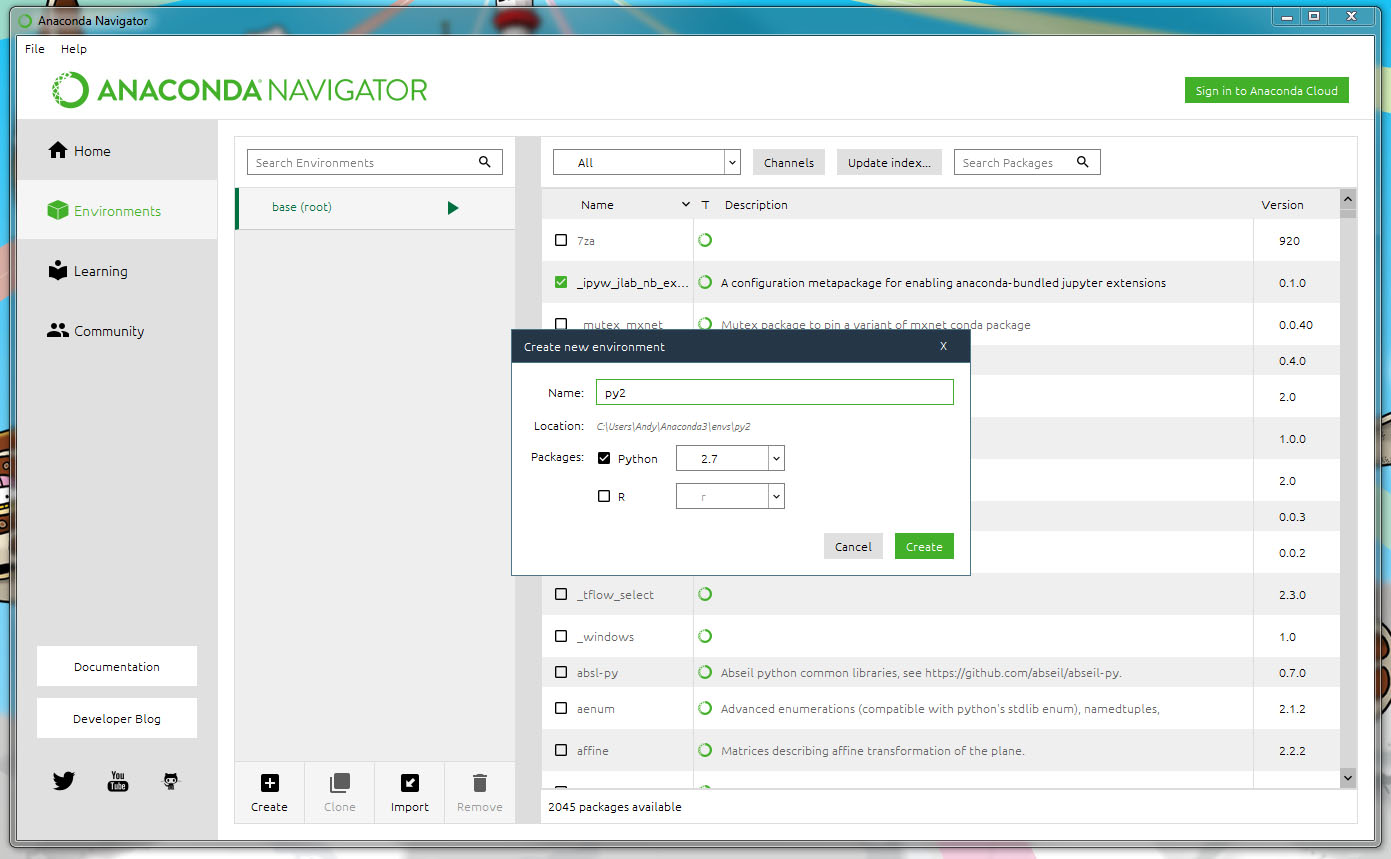 This is also possible on the command line with:

Add required packages to the environment 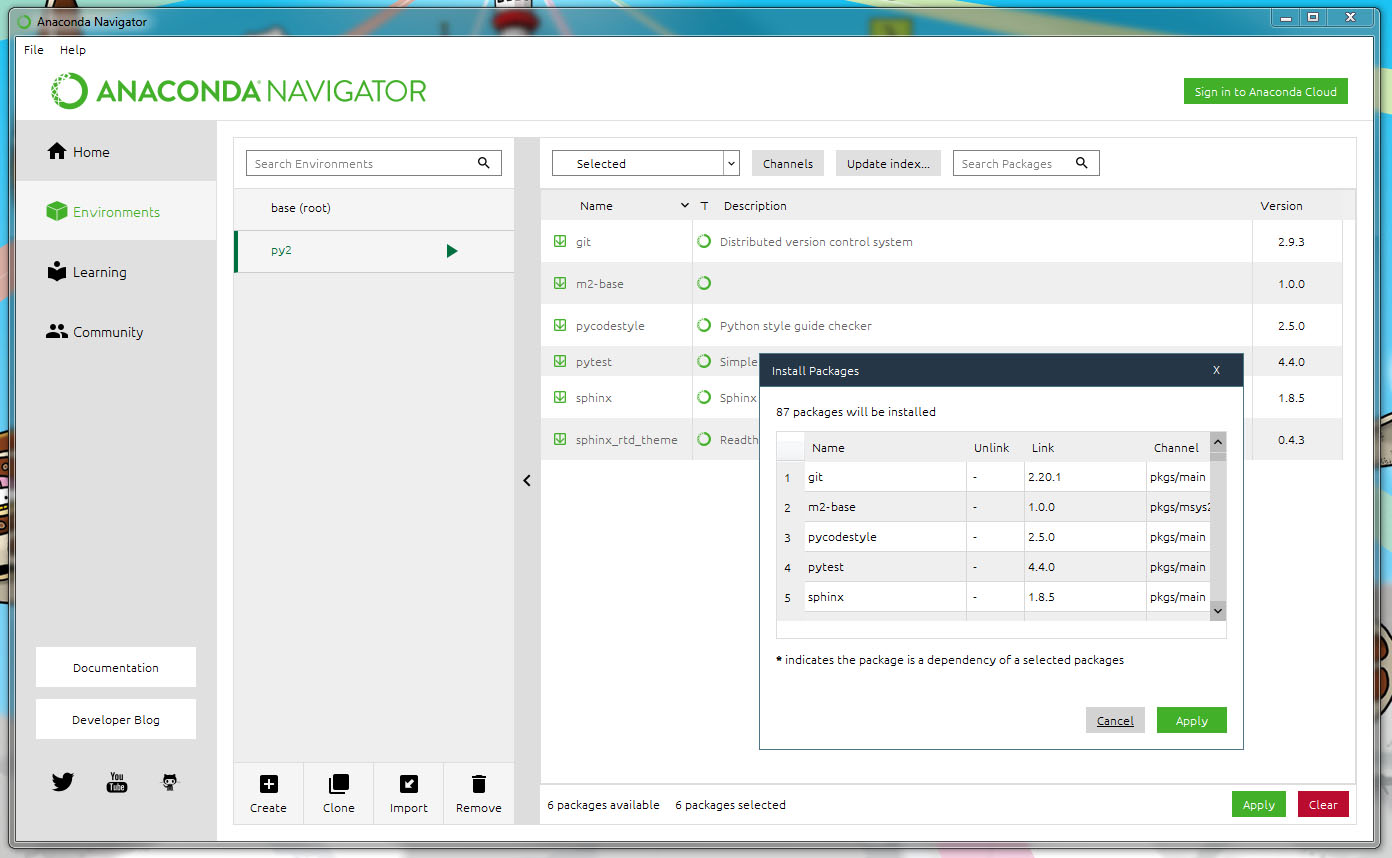 This is also possible on the command line with:

I’ve deliberately not installed git with conda as after changing my github password it seems to have trouble using wincred to update the stored password.

cmder is a standalone executable. I created a cmder-mini folder along side my cloned repositories and extracted the contents into there.

Configure cmder to launch into the py2 environment

I created a new task by cloning the default {cmd::Cmder} task and editing the commands to:

Which activates the py2 conda environment and changes directory into the folder where I keep my cloned repositories (C:\dev).

I also set it up to be the default task in the general settings: 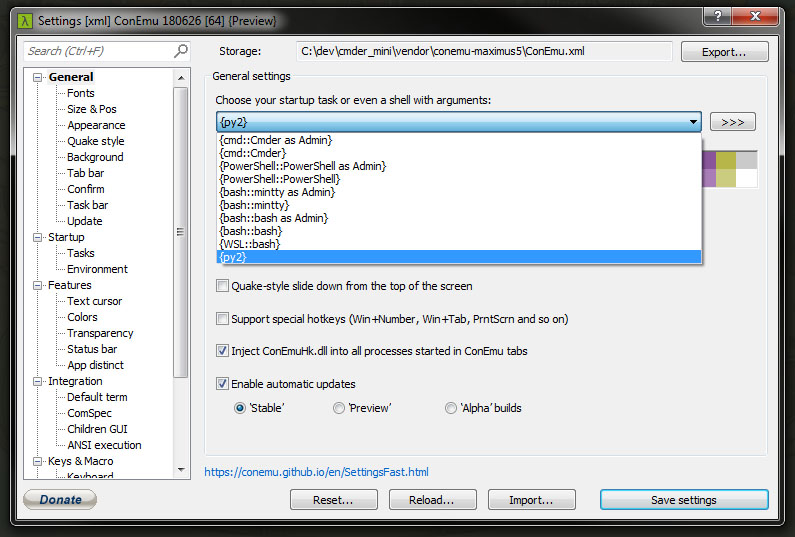 The cmder homepage mentions creating aliases but after running alias ll=ls -l $* I wasn’t getting colours from ls coming through.

Instead I altered the alias file (C:\dev\cmder_mini\config\user_aliases.cmd in my case) to add a more explicit ll alias. The file now contains:

Create a launcher to launch Sublime Text in the py2 environment

This is the content of the sublimetext_py2.bat file I have on the desktop:

A superuser.com post was helpful as a previous version of the launcher would leave a cmd.exe window open behind Sublime Text.

Git for Windows contains gitk as well as git

Make sure git goes onto the path - if not it won’t be accessible from the py2 environment in conda. 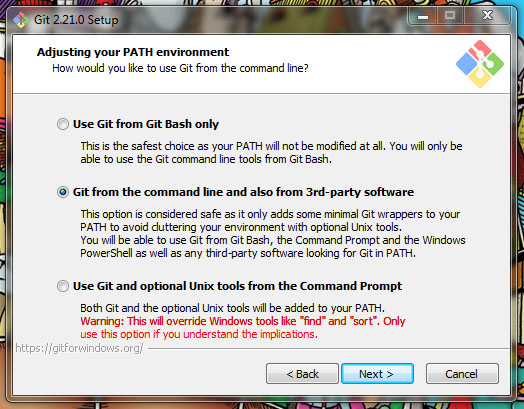 You may need to run the following to get you setup and provide password convenience:

The github docs were helpful here.

The Conda task docs have lots of useful information and examples.

I was getting what looked like Python execution errors if I ran conda commands in the py2 environment: 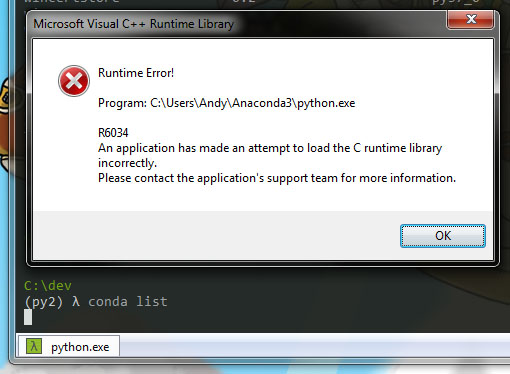 I believe this is because I installed Anaconda 3 which uses Python 3 by default so it’s calling Python 2 but expecting it to be Python 3. I didn’t get these errors if I ran the conda commands in the base env.

It would be interesting to see how usable a VM running Ubuntu would be as alternative to this setup.

Pip also installs packages and can be used as normal inside a conda environment (as per the docs).